We can affordably create a 100% custom cartoon USB flash drive design just for you. Your imagination is the only limit.

The covers can emboss, deboss or print the logo for promotional gifts, advertising, souvenir gifts, and premium gifts, etc.

A USB flash drive, also known as a thumb drive, pen drive, gig stick, flash stick, jump drive, disk key, disk on key(after the original M-Systems Disk On Key drive from 2000 flash-drive, memory stick(not to be confused with the Sony Memory Stick), USB stick or USB memory, is a data storage device that includes flash memory with an integrated USB interface. It is typically removable, rewritable, and much smaller than an optical disc. Most weigh less than 30g(1 ounce). Since first appearing on the market in late 2000, as with virtually all other computer memory devices, storage capacities have risen while prices have dropped. As of March 2016, flash drives with anywhere from 8 to 256GB were frequently sold, while 512GB and 1TB units were less frequent. As of 2018,2TB flash, drives were the largest available in terms of storage capacity. Some allow up to 100,000 writes/erase cycles, depending on the exact type of memory chip used, and are thought to last between 10 and 100 years under normal circumstances(shelf storage time).

USB flash drives are often used for storage, data back-up, and transfer of computer files. Compared with floppy disks or CDs, they are smaller, faster, have significantly more capacity, and are more durable due to a lack of moving parts. Additionally, they are immune to electromagnetic interference(unlike floppy disks) and are unharmed by surface scratches(unlike CDs). Until about 2005, most desktop and laptop computers were supplied with floppy disk drives in addition to USB ports, but floppy disk drives became obsolete after the widespread adoption of USB ports and the larger USB drive capacity compared to the 1.44MB 3.5-inch floppy disk.

USB flash drives use the USB mass storage device class standard, supported natively by modern operating systems such as Windows, Linux, macOS, and other Unix-like systems, as well as many BIOS boot ROMs.USB drives with USB 2.0 support can store more data and transfer faster than much larger optical disc drives like CD-RW or DVD-RW drives and can be read by many other systems such as the Xbox One, Play station 4, DVD players, automobile entertainment systems, and in a number of handheld devices such as Smartphone and tablet computers, though the electronically similar SD card is better suited for those devices.

A flash drive consists of a small printed circuit board carrying the circuit elements and a USB connector, insulated electrically and protected inside a plastic, metal, or rubberized case, which can be carried in a pocket or on a key chain, for example. The USB connector may be protected by a removable cap or by retracting into the body of the drive, although it is not likely to be damaged if unprotected. Most flash drives use a standard type-A USB connection allowing connection with a port on a personal computer, but drives for other interfaces also exist.USB flash drives draw power from the computer via the USB connection. Some devices combine the functionality of a portable media player with USB flash storage; they require a battery only when used to play music on the go. 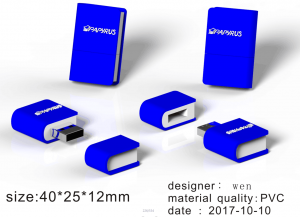 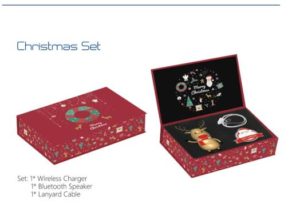 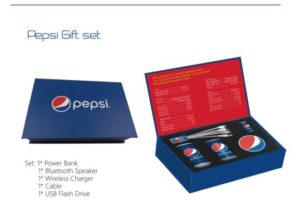 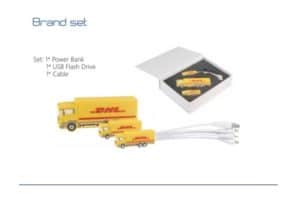 Want to bring some joy to your digital file delivery? Our amazing SOFT PVC Cartoon USB flash drive could be your top choice to store personal data, keep your network configuration and share information with your friends. Each design is available with various capacitates from 64MB to 10GB. The custom logo could be silkscreen printed or laser engraved(only for some types of flash drives)on open-designed or filled colors soft PVC on new mold design cartoon USB flash memory. A small quantity of bespoke flash drives is also welcome with a mound charge required.