Blind spot monitors may do more than monitor the sides and rear of the vehicle. They may also include "Rear Cross-Traffic Alert", "which alerts drivers backing out of a parking space when traffic is approaching from the sides."

This blind spot monitoring system is sound because it reduces the likelihood of a collision when we change lanes while driving. Lane change is prone to collision accidents because the rearview mirror has a blind area. We can’t see other cars when they are in a blind spot. If we change lanes rashly, accidents are likely to happen. Lane change, misty days when driving the rearview mirror blurred, driving at night by the back of the high beams dazzling, will be used. Lane change is mainly to avoid collisions due to cars in the blind area, rain and fog, and night driving because the rearview mirror’s effect is not good, more need, blind-spot monitoring system to provide auxiliary role, to prevent the occurrence of danger. 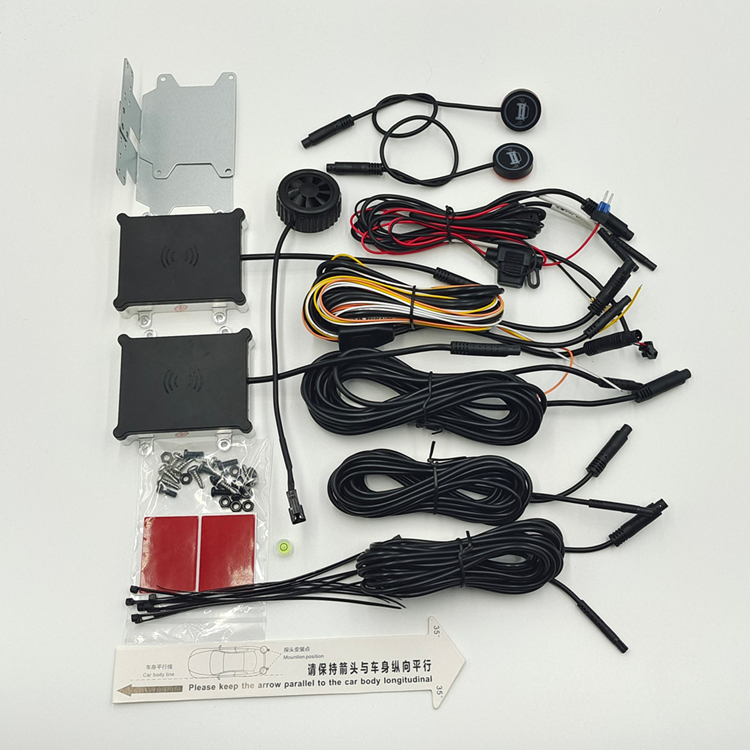 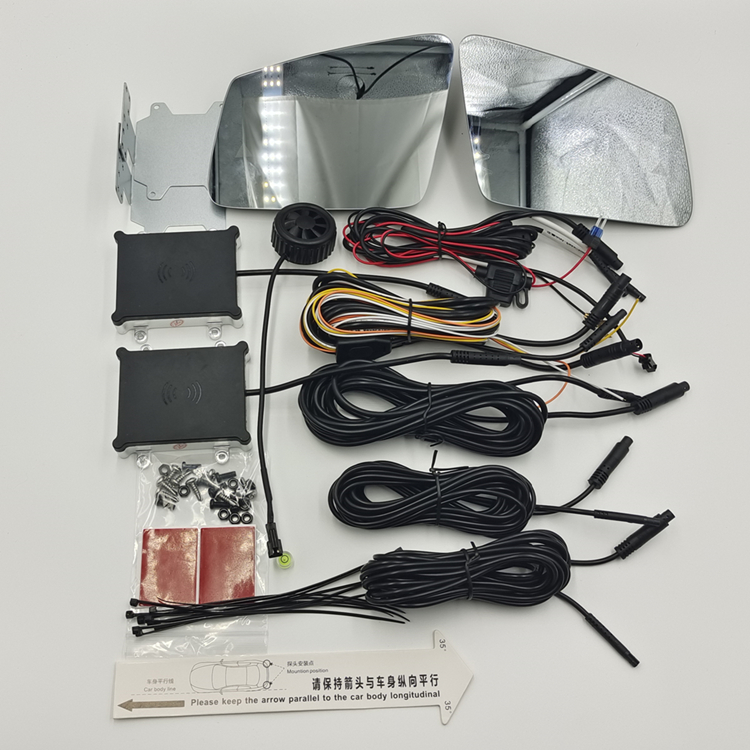 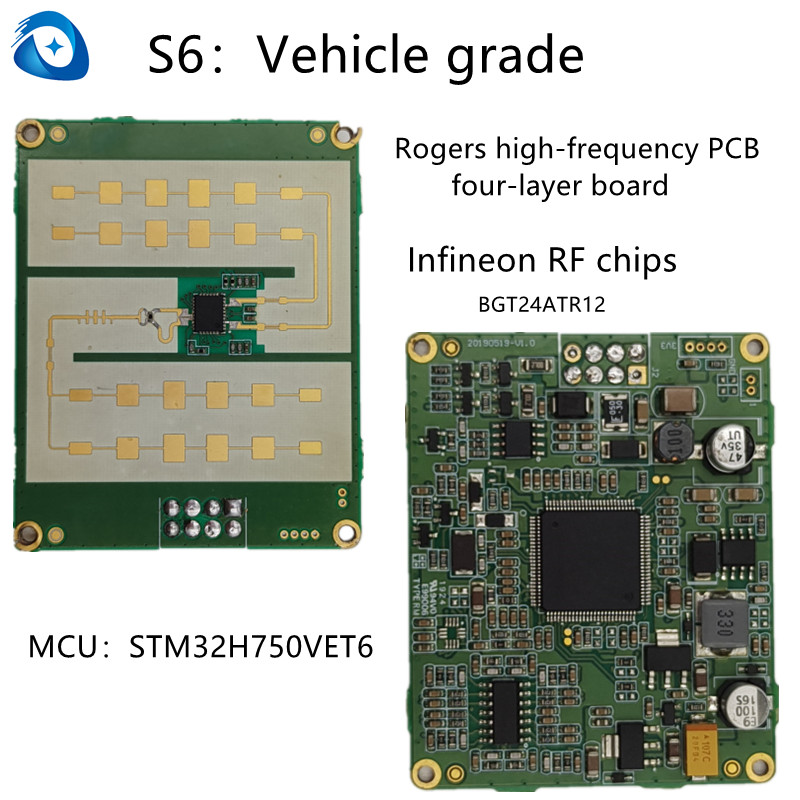 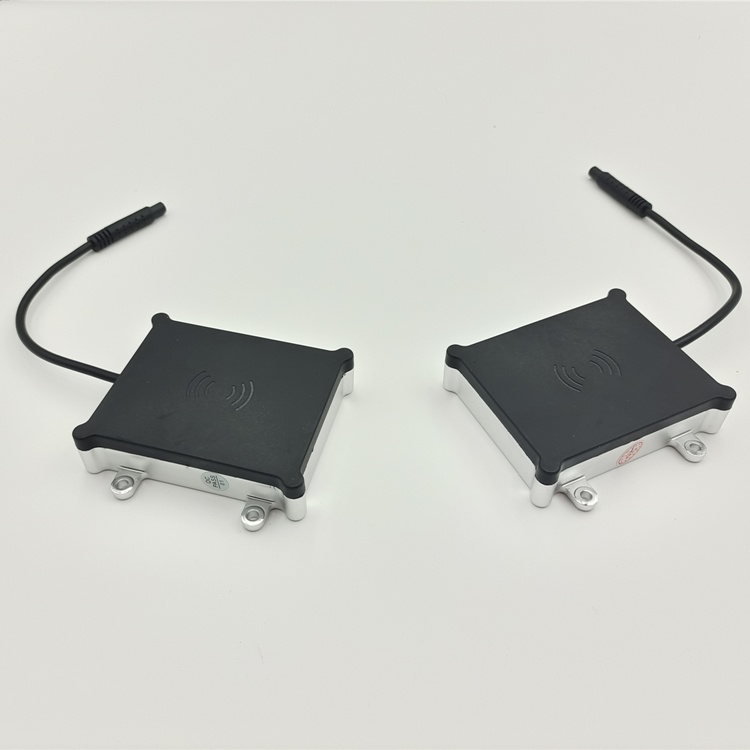 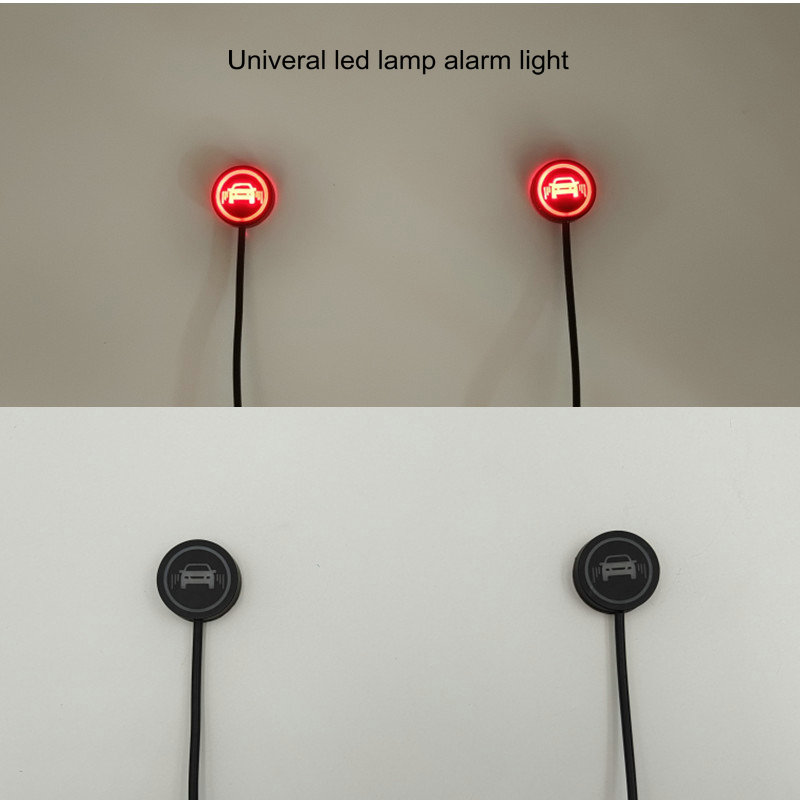 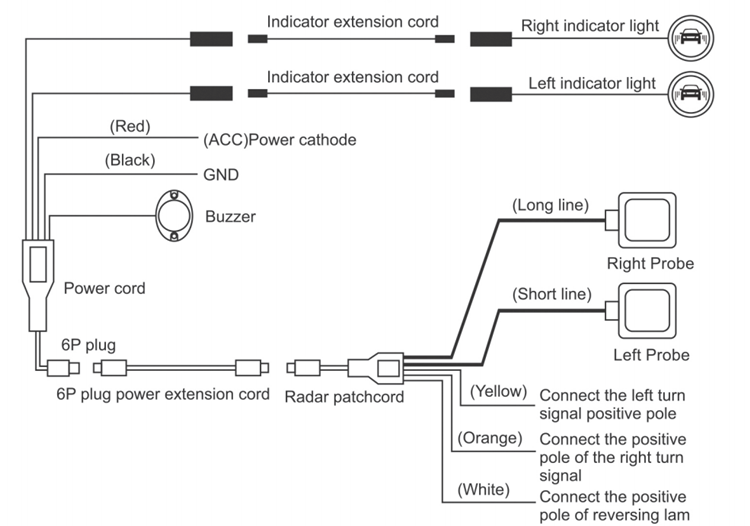 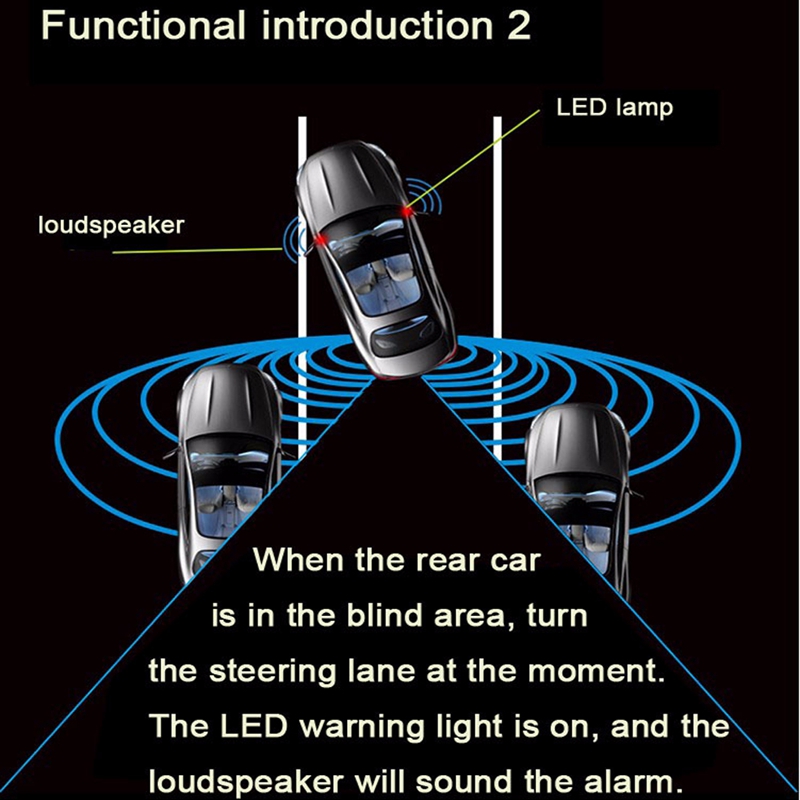 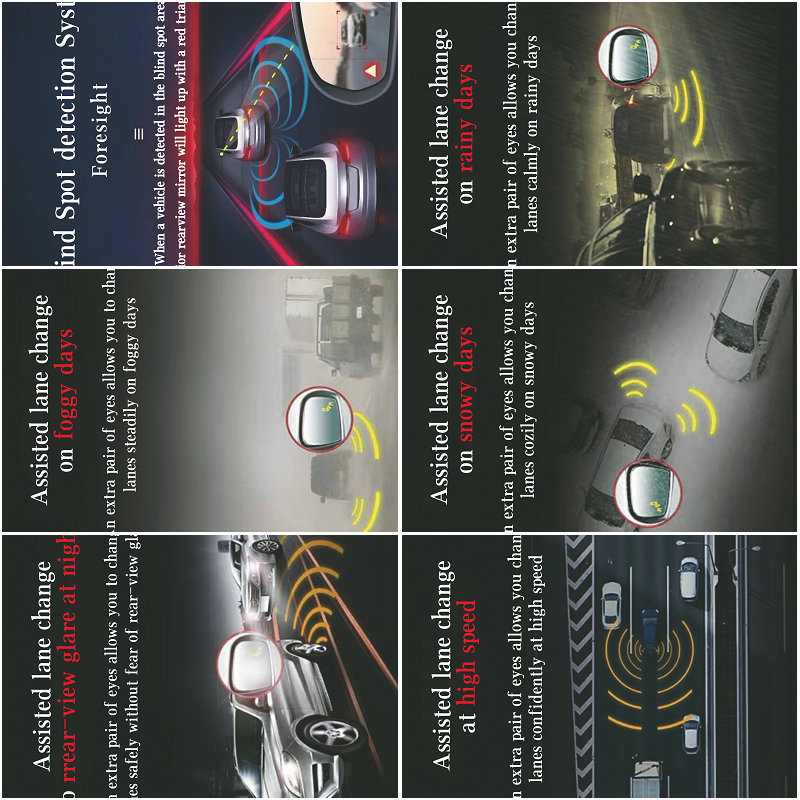 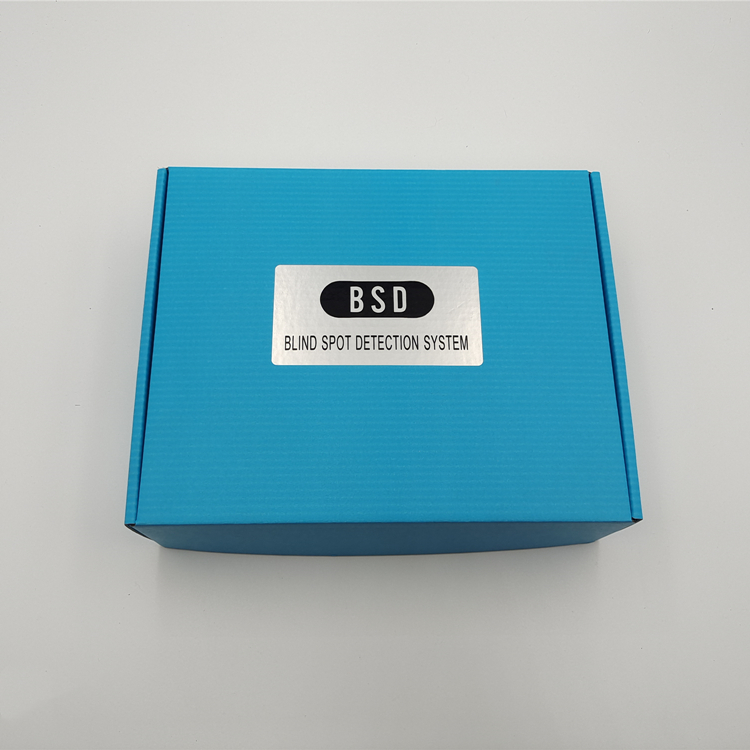 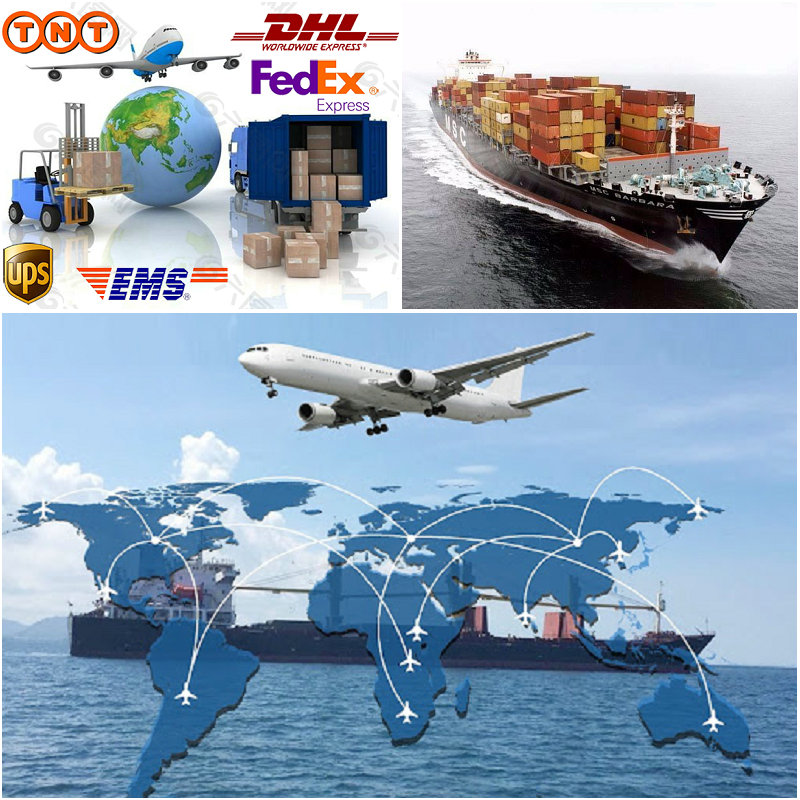 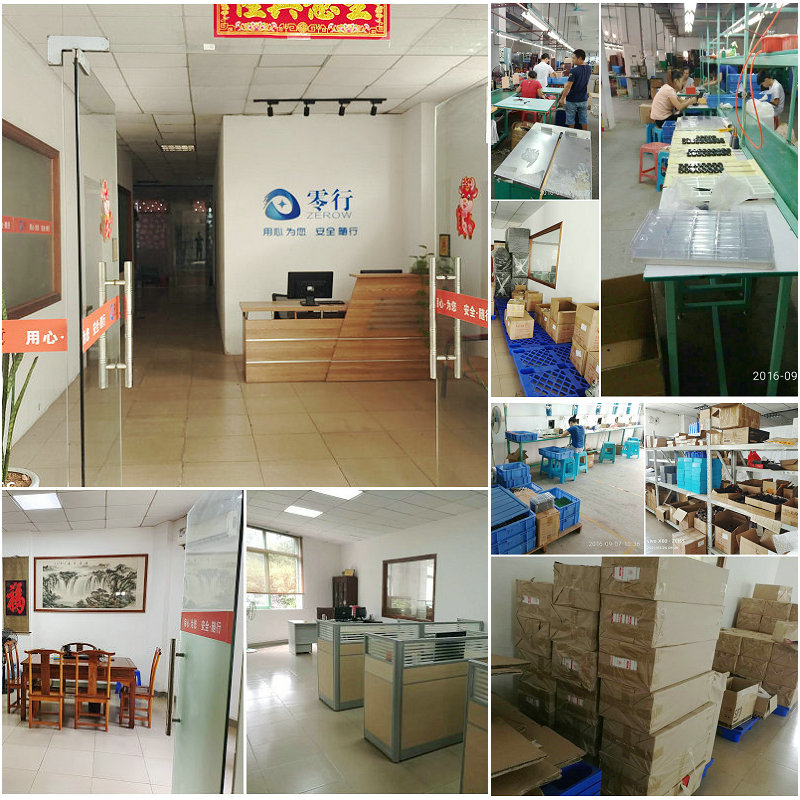 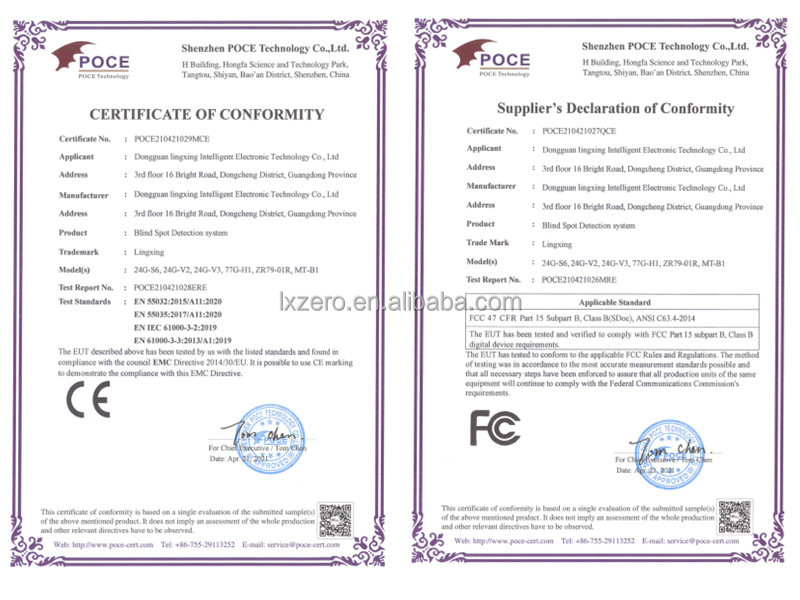 1. Q: What is the use of the blind spot monitoring system?

2. Q: Does the blind spot monitoring system have other functions besides preventing lane change accidents?

3. Q: All vehicles have rearview mirrors. Why do we need to install blind-zone monitoring and changing lane auxiliary systems to prevent lane change accidents?

A: There are still various risks in lane change due to blind zones in the rearview mirror and other subjective and objective reasons. These reasons are as follows:

(2) Bad weather. When rain, fog, snow, and smog occur, visibility is low and we cannot see clearly the cars coming from behind through the rearview mirror.

(3) Low visibility at night. When driving at night, visibility is low when encountering roads without street lamps.(4) Direct high beam. At night, when the rear high beam is directly illuminated, the rearview mirror is dizzy.

4. Q: How does the blind spot monitoring changing lane auxiliary system predict the collision risk of a lane change in advance?

A: Blind zone monitoring changing lane auxiliary system is to continuously transmit radio waves to the rear through two-millimeter wave radars installed on both sides of the rear bumper of the car, and calculate the time when the rear-coming car approaches us through the time difference between transmission and recovery. If this time is greater than the time range of safe lane change, that is, if there may be collision risk during lane change at this time, the system will remind the driver through the warning light on the rearview mirror within three-thousandths of a second. If the driver tries to change lanes by turning on the turn signal at this time, the warning light will change from normally on to flashing on, and the driver will be reminded not to change lanes at this time by the buzzer dripping three times, otherwise, there is a risk of collision.

5. Q: Is the detection distance of the blind spot monitoring system safe enough?

A: This system can detect a distance of 50 meters, which is safe enough. As soon as the rear car enters within 50 meters behind our car, the system will monitor the car in real-time, including obtaining the speed distance of the car and its relative position with our car. If the system monitors that the car can approach us in 3.5 seconds, the system will determine that the car has an impact risk on our car's lane change, and then the system will enter an early warning state to remind the driver. 50 meters detection distance, 3.5 seconds collision time, which conforms to BS ISO 17837-2008.

6. Q: When the car is running, there are many and complicated cars coming from the rear. Can this BSD system identify which car is at risk of collision to our lane change?

A: Yes. We have two-Microwave radars, one on each side, and have a field of view (FOV) of 270 degrees, and can detect and calculate the blind zone on the side and the zone behind 50 meters. The millimeter-wave radar with multiple transmissions and multiple receptions can completely cover 64 moving targets on the side and rear, calculate the risky cars and give early warning, and then identify and eliminate the riskless cars and reduce false alarms.

7. Q: Will the blind spot monitoring system not work due to weather?

A: No. One of the major characteristics of Microwave radar sensors is that they can not be affected by bad weather. They can be used normally on foggy and snowy days. In fact, the value of this system can be better reflected in bad weather.

A: Both products solve the blind zone of cars, but the usage scenarios are different. The use scene of the blind-spot monitoring system to solve blind zone is the B-pillar blind zone in the process of medium and high-speed driving, which can also be said to be a dynamic blind zone. If there is a car in this blind zone and it is not found in time, it is easy to lead to medium and high-speed impact, and the consequences are unimaginable. 360 Panorama solves the blind zone of the car body, and the use scene is more to assist low speed over complex roads, as well as reversing and parking problems. It is more to avoid the problem of scratching. In addition, the blind zone monitoring changing lane auxiliary system has informed the driver whether it is safe to change lanes through intelligent algorithms, while 360 requires the owner to subjectively judge whether there is a risk of scratching by observing the screen.

9. Q: There are several products on the market that are said to assist in the safe lane change, such as streaming media and 360 Panorama. Which scheme is the best solution for lane change collision accidents (high-speed rear-end collision and high-speed side collision)?

A: It must be a blind zone monitoring changing lane auxiliary system. Because the system relies on the millimeter-wave radar for detection and calculation, the advantages of Microwave radar and the early warning model of the system determine that this is the best solution.

(1) Millimeter-wave radar has a long detection distance. When changing lanes at high speed, the relative speed is generally large, which requires that the detection distance is far enough and enough time is left to judge whether there is any risk. Our products have a detection distance of 50 meters and a TTC (collision time) of 3.5 seconds, which meets international standards.

(2) Microwave radar can calculate collision time. Millimeter-wave radar can instantaneously calculate the relative distance and relative speed of vehicles coming from the rear, thus instantaneously calculating the time of connecting us, which allows us to instantaneously judge whether there is any risk in the lane change. This avoids the possible mistakes in human judgment, and also avoids the mistakes in judgment when the line of sight is poor. However, this kind of strong computing camera cannot be compared.

(3) Microwave radar is sensitive. The detection calculation of our system gives an early warning, which can be realized within 3/1000 of a second, which meets the requirement of judging the result instantly when the risk of high-speed lane change needs.

(4) Microwave radar has strong penetration. It can easily penetrate bad weather such as rain, fog, snow, smog, and the like, and can adapt to various working conditions such as day and night. This avoids lane change and collision accidents caused by bad weather.

10. Q: The external manifestation of the product is the early warning of the lights coming from the rear. Is it worth the price?

Secondly. The final presentation of the product is to turn on the light, but whether the light should be turned on or not is the final result given through a series of complicated and accurate detection operations. Yes, you just hold the steering wheel well, and we cover all the risks behind it. You just need to easily check whether the lights are on when changing lanes, and you don't have to bother to make a possible wrong judgment.

11. Q: Will the installation of the product affect the functional use of the original car?

12. Q: Do we need to punch holes in the bumper for product installation?